If you want search engines to pay attention to your site, the more quality content, the better. Moz.com — a leading resource on effective search engine optimization (SEO) — consistently found that content quality and quantity are among the highest determinants of search engine rankings.

There’s no real mystery as to why search engines reward more, better and newer content. A search engine thrives by giving its users the best, most relevant information in response to search queries.

END_OF_DOCUMENT_TOKEN_TO_BE_REPLACED 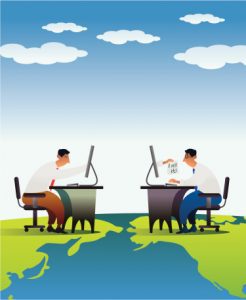 Most attorneys include a blog on their website as a great way to entice current and prospective clients to visit your website and to read what you have to say. In order to make your firm’s blog as successful as possible, it is important to understand a few key best practices so you can ensure you get the best possible results.

When writing or reviewing your blog posts, think about your audience: are you writing for prospects or are you writing for referrals? Your answer will dictate whether your blog posts should be more informative and written in an easily comprehensible language or legally written to appeal to other lawyers and law journals. Also, keep in mind that the more useful your content’s information is, the more likely your blog will convince readers to call your firm. No matter what the topic is that you’re writing about, the primary objective should always be to write a useful, informative and timely post. For example, if you are a traffic law attorney and there is a new speed limit going into effect in your neighborhood, it would be better to post this information sooner rather than later, making your firm the most informative.