An In-Depth Look at How Facebook is Outpacing Traditional Advertising 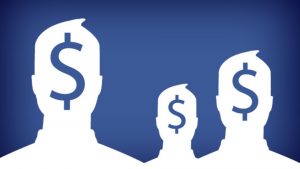 The Wall Street Journal recently published an article on Republican presidential candidate Ben Carson’s advertising strategy for his political campaign. At the time, Carson was the leading candidate in the Republican primary polls, surpassing even the “seemingly unstoppable” Donald Trump, but Carson was also leading his political rivals in another arena: Facebook advertising. As of this writing, Carson has over 5 million Facebook fans, compared with Donald Trump, who currently has 4.8 million fans and leading Democratic rival Hillary Clinton, who has just under 2 million.

The article quotes Erik Hawkins, group director of Facebook’s global marketing solutions team, as saying that Carson is the most active presidential candidate on Facebook in terms of paid and organic activity. In fact, Carson campaign officials have already launched over 240 different advertisements on Facebook alone. The Carson campaign has made Facebook advertising a key component of its advertising strategy, while other candidates continue to cling to print and television platforms, the traditional darlings of political advertising.

Clearly, political campaign managers are starting to pick up on what many businesses and organizations have already discovered: Facebook is the future of advertising, and the future is now. END_OF_DOCUMENT_TOKEN_TO_BE_REPLACED