September is here, meaning the Major League Baseball regular season will soon be coming to an end. The MLB postseason is set to begin September 30th with the Wild Card Playoff games that determine which wild card teams will advance to the Division Series in both the American and National Leagues. This year, a new team will be crowned the World Series champion as last year’s victor, the Boston Red Sox, will not be in the postseason. While the playoff field is not set yet, some of the frontrunners in the American League are the Los Angeles Angels of Anaheim, led by Mike Trout; the Baltimore Orioles, featuring Adam Jones; and the Oakland Athletics, with Josh Donaldson. From the National League, the Washington Nationals, featuring Stephen Strasburg; the Los Angeles Dodgers, including Yasiel Puig; and the St. Louis Cardinals, with Adam Wainwright are among the teams that hope to claim the title. END_OF_DOCUMENT_TOKEN_TO_BE_REPLACED 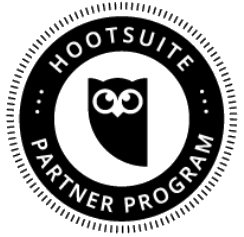 Marketing is essential for the growth of any law firm. Even if your attorneys have impeccable reputations, without sufficient exposure, potential clients may never be aware of what your firm has to offer. Unfortunately, many small firms and solo practitioners do not have a large budget to spend on comprehensive marketing campaigns. Costly forms of marketing can be very effective in attracting new clients, but if the budget isn’t there, law firms can take advantage of alternative methods. Fortunately, there are many ways to attract new clients without breaking the bank. Even basic tools, such as a website, can help inform prospective clients about your practice areas and can convince them to request a consultation. Here are some more tips on where you should be spending your money when dealing with a tight marketing budget.